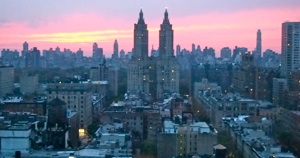 The Hotel Beacon NYC, a haven of comfort amid the bustling excitement of New York City. Located on the historic Upper West Side, amid tree-lined streets and landmark buildings, the hotel is a beacon for relaxation.

Friendly and accommodating, they offer handsomely decorated, oversized guestrooms and suites. With wonderful views of Central Park, the Hudson River and Midtown Manhattan, the Beacon is the perfect vantage point from which to venture anywhere in New York. And when your busy day is done, you’ll have a perfect place to come home to.

The Hotel Beacon NYC is the official hotel of the Beacon Theatre situated next door. Also next door is also a great New York deli, where we ate several times. 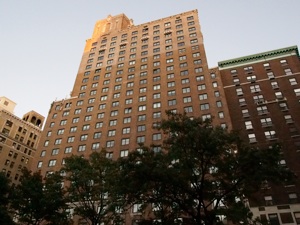 I love this hotel, in fact I plan to stay there a week on my next visit.  Every NY attraction is minutes away by bus or train. The apartment like suites make one feel at home and the market opposite offers every food delight.  Although I have stayed at some of the best hotels in the world, this one is a winner for comfort and really feeling at home, but with all the delights of New York at hand.

Although a 4 star hotel, Hotel Beacon gets my highest rating for overall satisfaction, with virtually every service at the doorstep. Customer satisfaction is certainly 5 star.  John Pond

Pioneer in television as producer of thousands of hours of TV shows on Australian and American television including Graham Kennedy, Tommy Leonetti, People in Conflict, Hollywood Bowl, Major Specials and Dr John‘s Casebook TV Shows. TV manager J. Walter Thompson & McCannErickson Advertising and head of production for Columbia Pictures TV. John changed careers to the hospitality industry working for Sydney’s top 5 star hotel as director of sales and marketing and GM. Then with Harrah’s/Caesar's World, the world’s largest hotel and casino group in Nevada. Playboy Magazine in Chicago, head of worldwide PR/Marketing, for their Resorts, Clubs, Hotels & Casinos. Producer at Fox Studios in Los Angeles. Co-creator of hit US network TV show Joker, Joker, Joker, first TV show to give away a million dollars. Writer travel articles for magazines and newspapers including Washington Post, New York Times, American Playboy as well as local Australian papers and magazines. In the USA represented many personalities including Frank Sinatra, John Wayne, Bob Hope, Mel Torme, and many other major names. John is Editor at Sea of Australia’s leading cruise magazine, Travel & Cruise writer for The Retiree Magazine, Destinations Magazine and Spectator Group of Newspapers. John reviews cruise ships, Destinations and Hotels, and is ably assisted by his Associate Editor Sandra Tiltman.
View all posts by John Pond, J.P. →
This entry was posted in Uncategorized and tagged Hotel Beacon, Sandra Tiltman. Bookmark the permalink.